Details below of a Victorian Quarry tiled floor belonging to a customer in Oswestry who had recently moved back to the area and wanted to restore the original features of the house including the Quarry tiles floor which had several coats of red floor paint and was later was covered with carpet for a number of years. The customer described the floor as:

“I have 2 areas of quarry tiles that need a serious make over, in the hall and the back room. There are patches of red paint and areas of mineral deposit and lots of ingrained filth!””

I managed to clean the floor with a strong dilution of Tile Doctor Remove and Go which was left to soak into the tiles for a while before being scrubbed in using a rotary machine fitted with a black pad; the resultant slurry was washed away using more water and a wet vacuum. The whole process was repeated several times as the paint was really stubborn and in places I had to remove the paint removal with a scraper. Once I was happy with the condition it was given a final rinse to remove any cleaning products and then left to dry for five days leaving an air mover with the customer to accelerate drying.

The tiles have to be dry before sealing and even though I returned five days later the damp meter still indicated that there was moisture in the tiles which I suspect was due to there being no membrane in place under the old Victorian tiles. I agreed with the customer to come back a further week later which proved sufficient and the floor was dry enough to take the sealer.

The customer wanted a matt finish so I sealed the floor with two coats of Tile Doctor Colour Grow which is an impregnating sealer that occupies the pores in the tile and also enhances the colour of the tile.

The customer was out when I applied the sealer but when the she got home she sent me the following message:

“The floor looks brilliant. So much better than I had ever hoped. Thank you.” 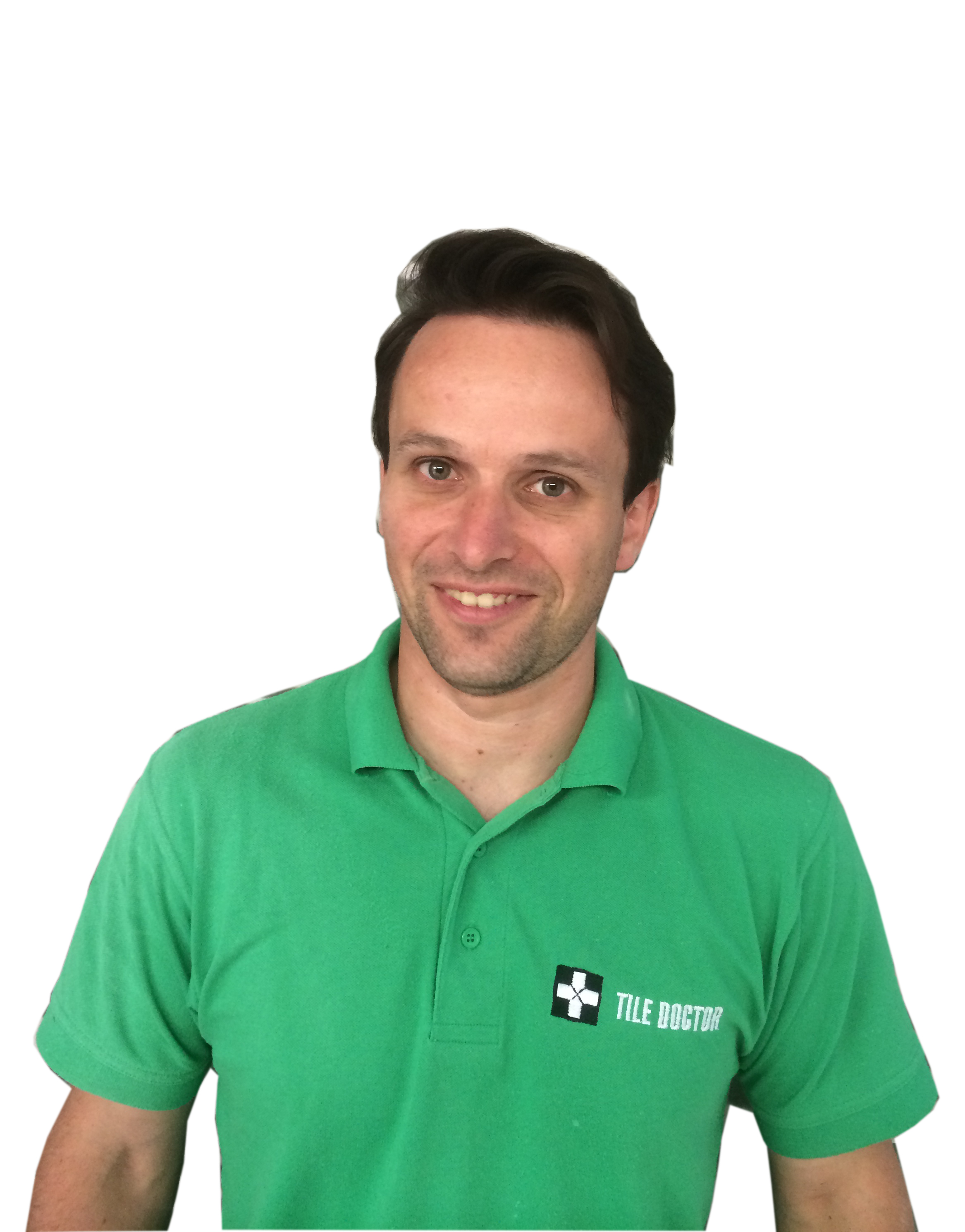 Jozsef was great to work with on our project. He is full of integrity, professionalism and completely honest on the results of the cleaning. Highly recommend this company and Jozsef…couldn’t find better cleaners.
Kevin B, Bomere Heath

Had the whole tiled ground floor of my house ,cleaned ,sealed and the grout darkened. Jozsef did a great job with no mess. I would highly recommend him
Julie T, Shrewsbury

Jozsef was very professional. He contacted me very quickly and explained the process. He explained exactly what he would do and the work was completed to a high standard. He also clearly has a passion for what he does. Thank you.
Rebecca D, Shrewsbury

Jo was very professional. He quoted me for my entire downstairs floors and told me exactly what products I needed to get. He did a test tile and is coming back this week to carry out the work. Really pleased with the service.
Donna C, Telford

We are so pleased with our newly cleaned tiled floor . Jozsef was very professional friendly and worked really hard all morning . The tiles look great and the grout came back grey instead of black . Will defiitely use him again.
Jacqui L, Wrexham

Joe did a great job, very pleased with the terracotta floor and the stone fireplace. Very pleasant, hard working and punctual, what more could you ask really. Would recommend.
Micheal W, Oswestry Shropshire

A really wonderful service. Joe Hoffmann was faced with a near impossible task of restoring badly damaged natural marble tiles which had been sprayed with lime scale cleaner. The result of his work was absolutely amazing. The tiles are like the day when they were first applied to the walls. He is a seasoned professional and very passionate about his work. Highly recommended!
Paul A, Shrewsbury

Jozsef replied to our enquiry promptly. He explained how he would restore and polish our Terrazzo floor. His time keeping was excellent and he worked tirelessly throughout the schedule. We are very pleased wit the result and for the information he has given us to enable to continue to look after our flooring. We will recommend him to friends and family.
Selina B, Craven Arms